On May 14, 2018, Senator Tony Hwang accepted the Republican nomination for re-election in the 28th Senatorial District. Hwang accepted the nomination at the Easton Public Library, where outside, a solitary sign, placed by Hwang himself, espoused his belief that above all else, treating people with courtesy and respect has always been his first priority. 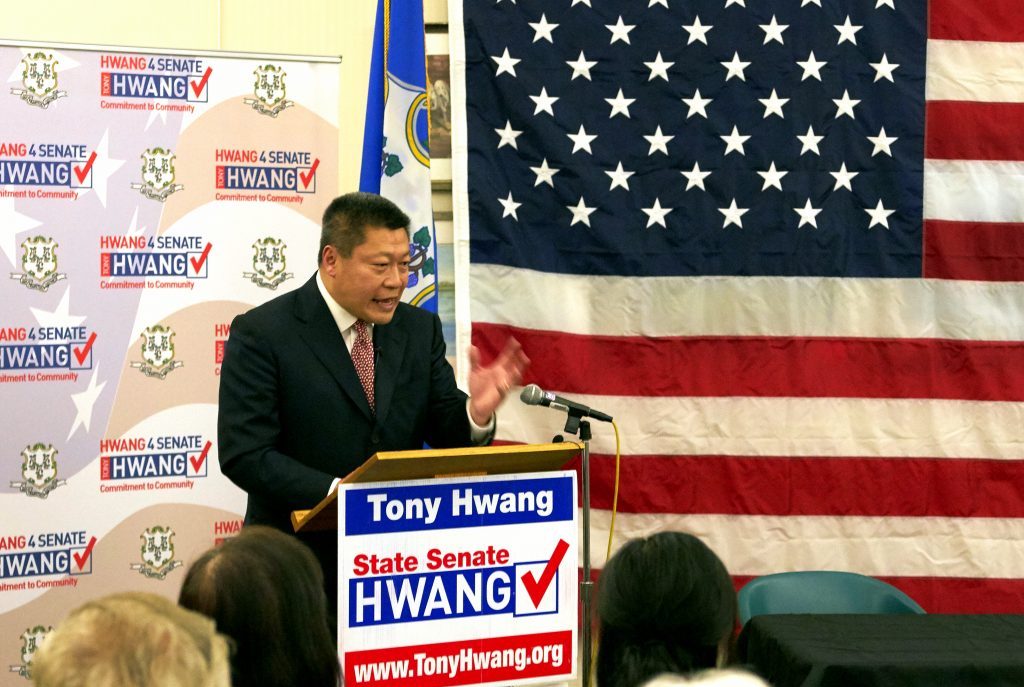 And it was that sense of integrity, coupled with his record of accomplishment, that appeared as a common theme in nominating speeches by Patricia Llodra, former First Selectman of Newtown, Laura Devlin, State Representative 134th District, and by his daughter, Christina Hwang.
“[Tony’s] values are what drive his thinking and his actions.” – Patricia Llodra 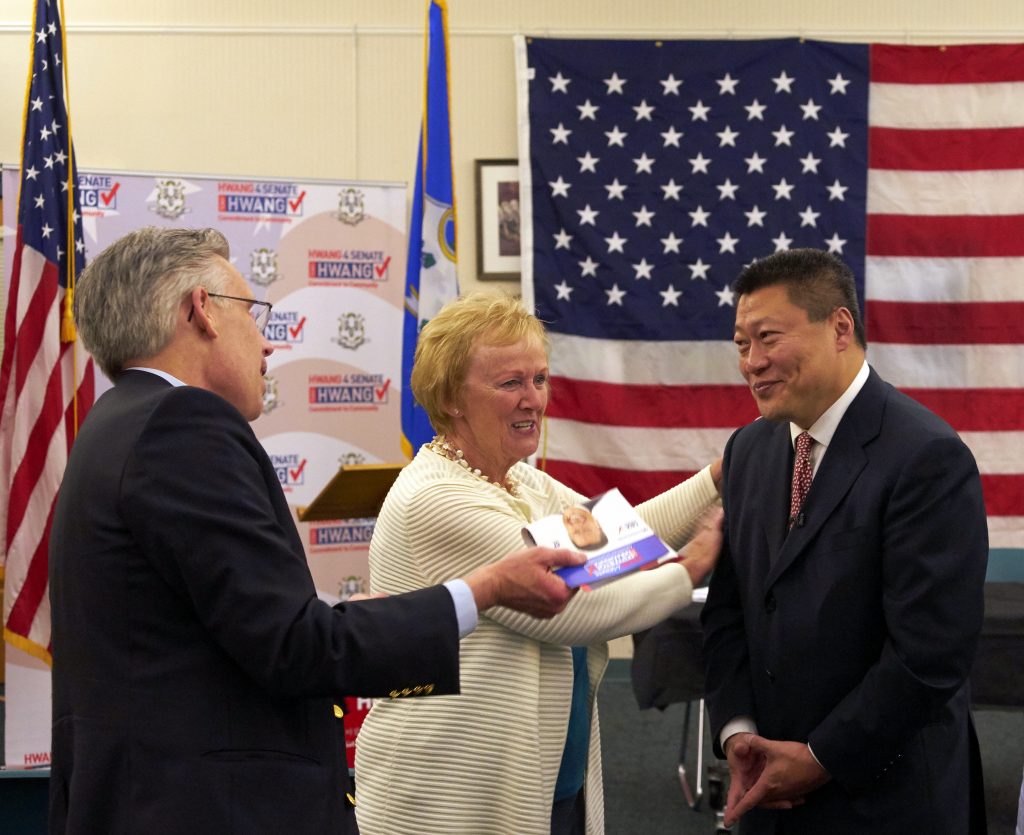 “Tony’s record of service illustrates again and again that [his] values are what drive his thinking and his actions,” said Llodra. He’s available. He responds. He listens. He acts on our behalf. And he searches out information and resources. We need Tony in Hartford. I believe Connecticut can find a better path forward, but we need thinkers and advocates like Tony to help craft that new vision. Tony has established his credentials as a campaigner and as a legislator. Tony Hwang is a winner, and with him, we win.”
“No one exemplifies commitment to community better than Tony Hwang.” – Laura Devlin 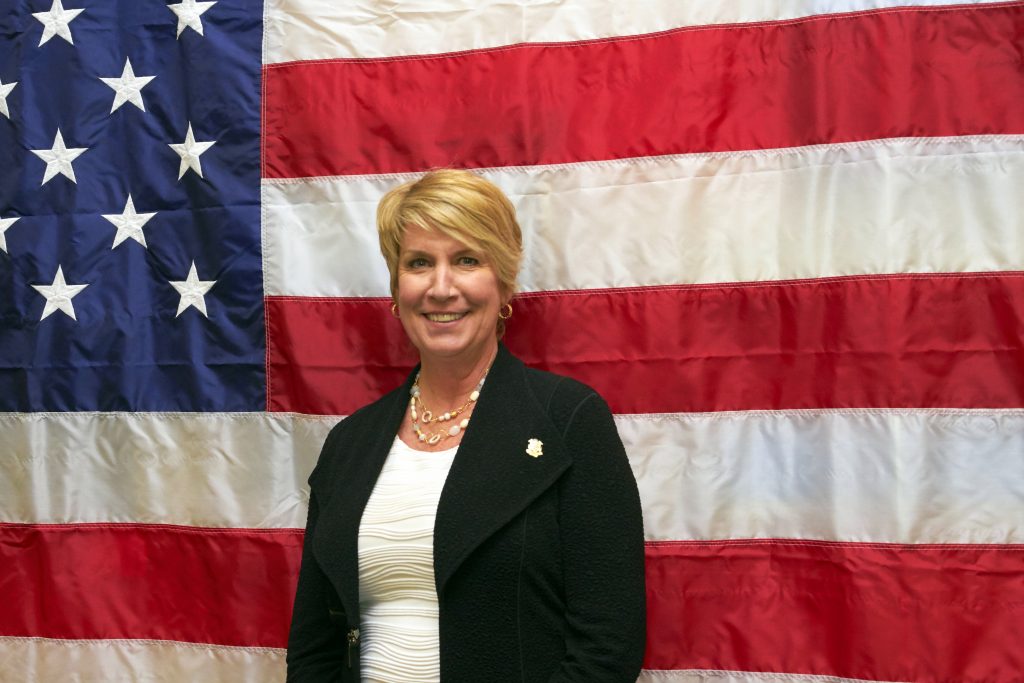 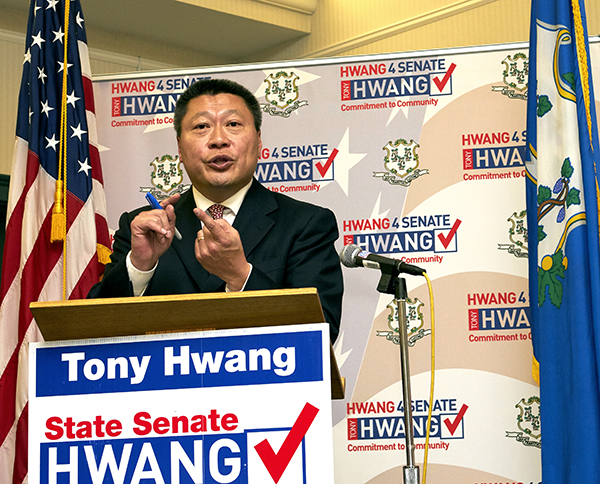 Addressing the nominating convention, Hwang shared his vision for putting Connecticut back on firm footing. “We need to take a common sense approach to not spending more than we make and not borrowing more than we can pay back,” said Hwang. “We don’t have a revenue problem in the state of Connecticut. We have a spending priority problem. But I truly believe, and I am optimistic, that a common sense approach will allow us to move forward toward a positive and better Connecticut. And there are glimmers of [hope.] We’ve been able to reach a bipartisan budget for the past two budget cycles, addressing deficits. Despite the two highest tax increases in the history of our great state, we ran into a deficit. But the legislative body, on a bipartisan basis, led by Republicans, articulated a way forward that did not include raising taxes or placing tolls. I’m encouraged and optimistic, but I know we have a lot more work to do.”
“We have to create jobs and build our businesses. – Tony Hwang
Describing his priorities as threefold – fiscal accountability, creating jobs, and being socially responsible – Hwang went on to explain that controlling spending is only one part of his approach to turning Connecticut around. “We have to create jobs and build our businesses,” Hwang exclaimed. We need to look at new industries and not just depend on the existing sectors that we have. We need to support innovative technologies like bioscience and genomics and look at apprenticeship programs and vocational schools, respecting that we need the skills that people in the trades bring. Ultimately, we need to create solutions and visionary improvements that make people believe Connecticut is ready for a change.”
“We must balance fiscal accountability with social responsibility.” – Tony Hwang
While a fierce advocate for fiscal accountability, Hwang recognizes the need to balance that with support for vital services. “We must balance fiscal accountability,” he said “with social responsibility. We must recognize that government priorities should reflect critical missions in the areas of public safety, education funding for all, repair and support of transportation infrastructure and care for our seniors and for those most at risk and vulnerable in our society. We want our roads to be safe and our schools to be safe. These are priorities. There is work to be done, but with courageous leadership focused on the priorities of representing community, we can get there.”
“We need to represent the people that sent us to Hartford.” – Tony Hwang
Underscoring the belief he has been espousing since his first foray into politics with a seat in the District 3 Fairfield RTM Hwang reflected on what he sees as a great honor to serve the public. “When we walk up and down the street in our campaign, it is not just simply asking people for their vote and getting to know them. It is really listening to them and their concerns. We have the honor and the responsibility to be a common sense representative to them. We need to represent the people that sent us to Hartford. I truly believe that we don’t need government to be the change agent of Connecticut. I truly believe that it is the people, the hard working people we represent in this state that will shape the movement and the change that is necessary. If we follow them, we will create a far better Connecticut.”

Accepting the Republican nomination for the 28th Senatorial District, Hwang said, “I am honored, privileged and humbled to have earned your confidence and your support, and I want to reiterate a strong desire on my part to be your state senator,“ said Hwang.
“Together, we can indeed make positive contributions and changes in people’s lives.”